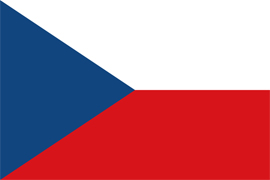 From the first time he saw a Blériot monoplane as a small boy in Plzeň with his father, Ondřej Bozik vowed he too would be a pilot. The Great War had come and gone with Czechoslovakia becoming its own nation complete with a budding aeronautical industry. In the years ahead Bozik made a point to see the great Malkovsky perform wild aerobatics in his bright red Avia BH-21. When he was old enough Bozik enlisted in the army air force where he was taught flying skills at the air school at Prostějov. His instructors determined that Bozik was both a gifted pilot and possessed the sensible temperament necessary for squadron leaders. Although his first posting saw him flying the venerable Avia BH-33L, in a few years when Bozik was promoted to command of his own squadron, the much sleeker and more nimble B-534s were coming off the factory line. These were good times to be an airman and Bozik reveled in the camaraderie of his fellow pilots. But there was no dismissing the rapid rearmament taking place next door in Germany. Their fun-loving days were soon over and it was Bozik’s job to turn his charges into serious killers before war arrived.