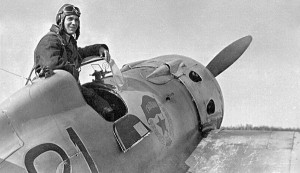 The air force in the Union of Soviet Socialist Republics was called Voenno-Vozdushnye Sily (V-VS). That name translated literally into Military Air Forces, although western newswire services popularized the term Red Air Force instead. In 1938 the V-VS was organized in a similar manner as ground units with air armies, aviation corps, aviation divisions, aviation regiments and aviation squadrons. As the Soviets were quite secretive about the number of aircraft they had deployed, estimates can vary significantly. The Associated Press reported at the time that sources in Germany estimated the V-VS had 10,000 combat-ready aircraft in 1938 (including Soviet Naval Aviation), while sources in Washington D.C. put the number closer to 7,000.