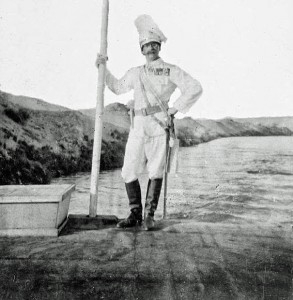 The tradition of sending military officers along with ambassadors in foreign capitals is a long one. For example, the picture at left is German military attaché Captain Adolf von Tiedemann in 1898 after the Battle of Omdurman in the Sudan. These officers were best equipped to accurately evaluate the armed forces in the host countries and report back what they had seen to their superiors. During the first half of the 20th Century most European attachés were colonels or generals. In United States service most career-driven officers saw posting as an attaché to be a dead end, which often resulted in having to go down the list of candidates to find a major or captain who would take the job.