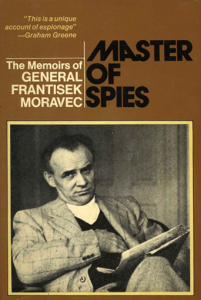 It is not widely known how substantial a network of agents that Czechoslovak Military Intelligence had established within Germany before 1938. The man who set up the that operation over many years was Lt. Colonel František Moravec. His memoir, Master of Spies, is an incredible read that tells the behind-the-scenes account of the Sudeten Crisis. Not only does Moravec describe the espionage chess match being played out, he also details a great deal of the political drama taking place in Prague from the president’s office on down. The book has been out of print for a while but there are copies out there used ready to be found. Whether it be an interest in the 1938 crisis specifically, or spy craft in general, this is volume is a must.